You are here: Home / AcroYoga
PreviousNext
12345

Soon we are heading towards the homeland of our favorite “Acro”, which turns Yoga into extremity of joy. Did you know that the word we use daily comes from the ancient Greek ἄκρος, meaning: highest, furthest, the limit of something? From ancient Greek it entered modern Latin, obtaining extra nuance: first, pointed, sharp, tip, peak.
So, if you’ve ever wondered what hints the prefix in words as: acrobatics, acrophobia, acrolect (the most prestigious variety of a language), acromegaly, acronym & so on, now you know.

Still, if you are not an Acro freak and you are just starting to fall in love with this most vigorous Yoga practice, you may be curious to know that it dates as far back as the beginning of the 20th century. There is a footage from 1938, featuring the Father of the modern Yoga — Tirumalai Krishnamacharya – holding a child, who’s executing asanas. Ever since this partner based acrobatic practice is constantly changing and nowadays it’s officially described as a combination of Yoga, acrobatics & Tai massage.

During our voyage we shall have Acro Yoga classes & jams daily.
For more info, please, check the Agenda. 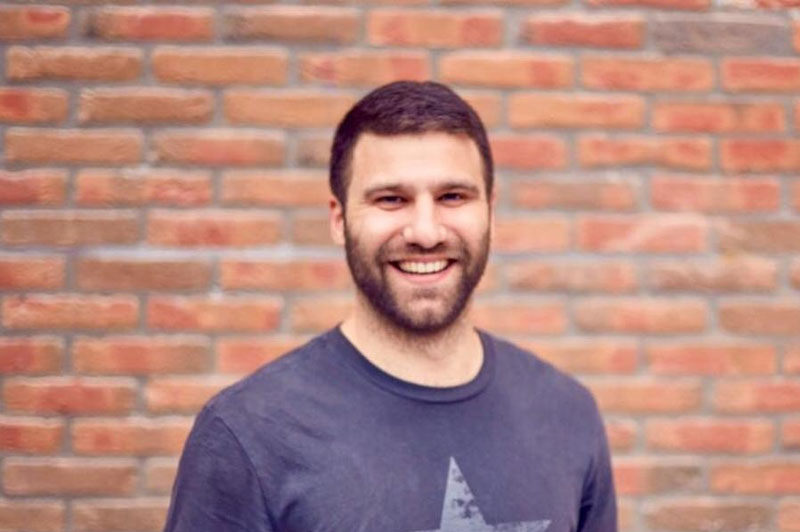 → Combines the strong elements of acrobatics, the Healing arts and the dynamics of group work, inviting for the full awareness of bodymind
→ A certified AcroYoga International teacher (level 2)
→ An AcroYoga International Immersions Teacher
(Elementals, Lunars and Solars)
→ 300 hrs certified yoga teacher (hatha yoga and vinyasa karma)
→ Thai Yoga massage therapist (certified by the Sunshine network)
→ Once working as an engineer in Athens, where he still lives 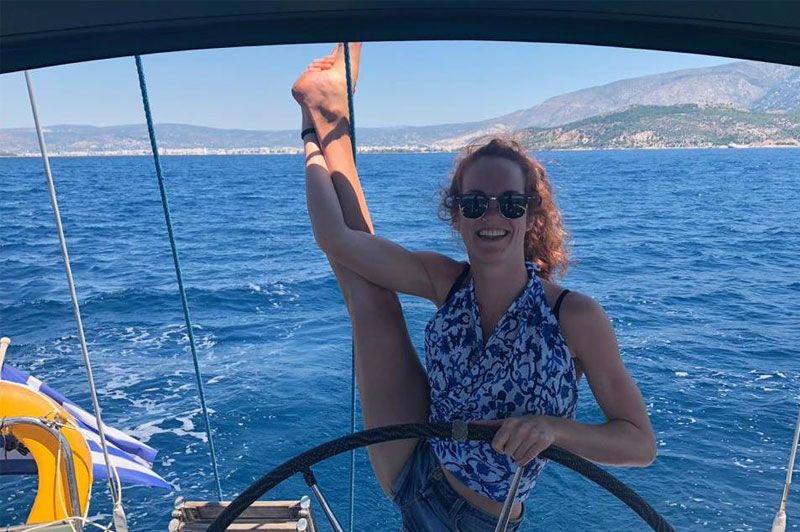 “My goal is the students to find their own unique abilities and talents on and off the mat.”

→ Wishing to explore conscious movement through different methods, she turns to yoga and acrobatics in couples
→ A qualified Rhythmic Gymnastics Coach
→ A graduate of the Department of Economics of the University of Thessaly
→ Vinyasa Krama Yoga specialization from Evergreen Yoga Studios
→ Yoga Alliance RYT-200 certification
→ Aerial Yoga Teacher Training 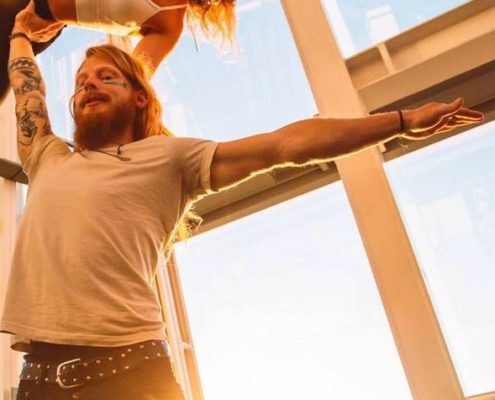 “Facilitate the evolution of people’s experiences and consciousness through movement” 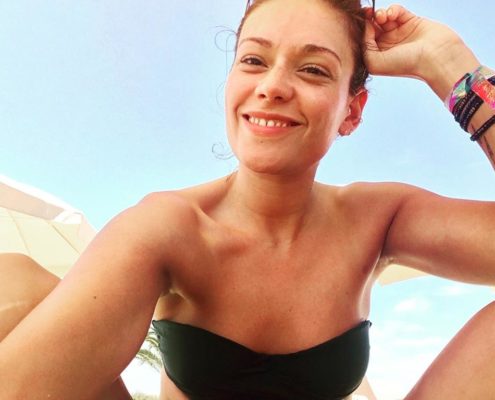 “The things you are passionate about are not random, they are your calling” – Fabienne Fredrickson

→ Certified in KAY Yoga, Mindfulness and Meditation for Children
→ 200hr Certified Yoga Teacher
→ Multi-Passionate Creative
→ Established Fashion and Footwear Buyer/Enthusiast
→ I pride myself on my energy, positivity and ability to draw inspiration from people my surroundings.
→ Firm believer in the law of attraction
→ My ambition is engage with like-minded people and be part of something which will have a bigger impact on the world around us 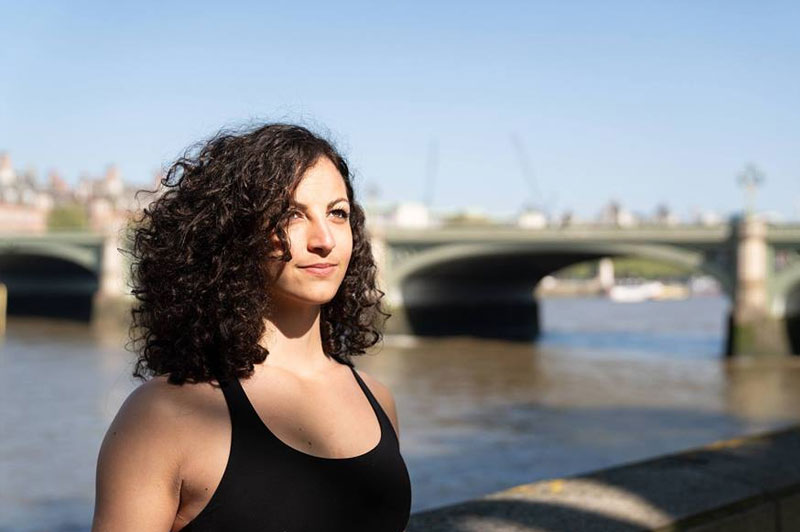 “Pilates is truly the best gift you can give to your body. It is a sustainable way of living and anyone can start Pilates, from the age of 5 until 105 +“